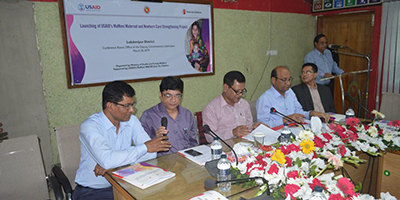 The five-year project was formally launched in Chandpur, Madaripur, Noakhali, Kushtia and Habiganj districts earlier, and today’s launching in Lakshmipur marked the sixth of the ten districts that the project will be working in.